De_bruises is a bomb/defuse map aimed for competitive play in Counter-Strike: Global Offensive.
When I started this project my goal was to make a fun and balanced map that is also easy to learn and to navigate. The map is mainly medium and long ranged combat with a few exceptions. 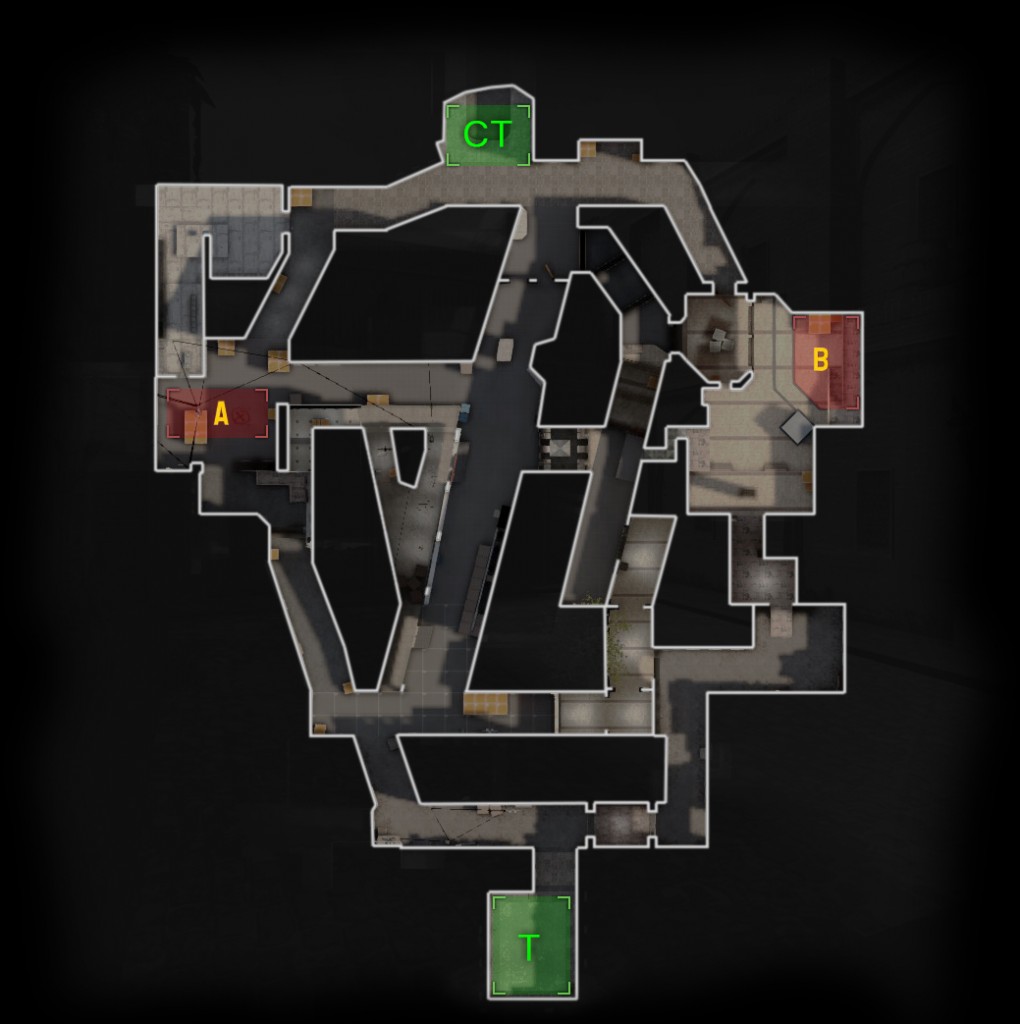 The first iteration of the map was first roughly made on paper, to get an idea of the layout, and then created a version in the editor without walls. The point of this version was to test the distances and how much time it took to run between places. I put up boxes with a texture of a player in real size at importans positions the get a better sense of scale.

In the second iteration I put up walls and divided the map into three height levels to get rid the flatnes. I added pillars along the raised walkway in the middle to reduse visibility.

I blocked of the walkway along middle so that the terrorists have to expose themselves more if they want to get all the way trough middle. 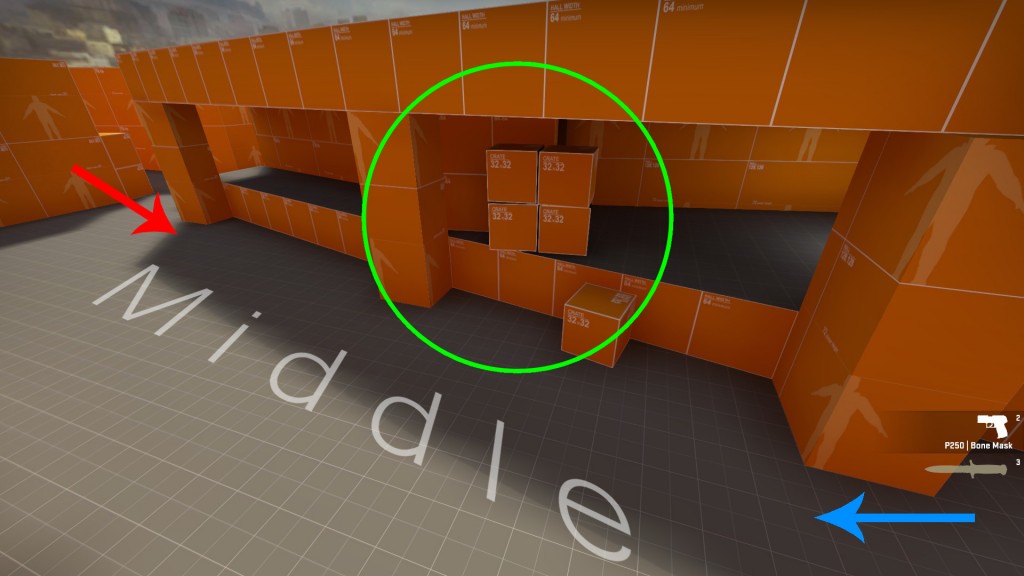 I realised that the link cutting into middle from back alley gave terrorist a big advantage while being so easily accessible. Because of this i moved the link alot closer to the Counter terrorists side and made the back alley more narrow to make it easier for the CT’s to prevent the terrorists from rotating out to middle.
I put the hole going into B on a height with a ladder to it so that it only was possible to get to it from one way. To make it even easier for Counter terrorists to hold back alley.
I made it so that terrorists enters it trough a narrow dooraway looking across the alley instead of along it, making it hard to peak out.

Then I added a way for the terrorists to rotate from their start of middle and B, so that they don’t need to run all the way past spawn, if he they want to change which bombsite to focus on. 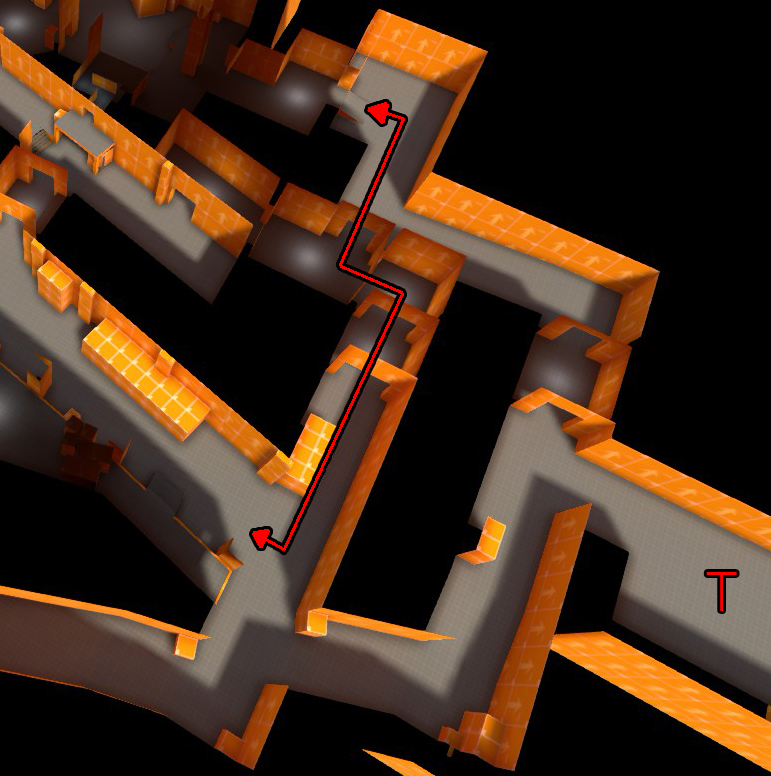 At this point i had the first playtest of the map with other people. A lot of people felt that you were too exposed while coing out of the vent on B bombsite, and also that they wanted to be able to stand up in it.
To make it safer coming out of the vent I added a turn so that you come out with a wall directly to your left blocking of visibility from half of the room. Also making it possible to stand up make you alot more flexible and the new turn in the vent added a new corner to take cover behind.

Another thing playtesters pointed out was that the high ground at the chokepoint outside the A bombsite gave CT’s to much of an advantage because they could see the legs of the terrorists before they could se the CT’s at all. To fix this I made a small slope on the high ground to make the Counter Terrorist take a position further back and then I moved the doorway, that the terrorists enters through, to the right so that they will enter the defenders field of view from the side so that both players will be able to see each other at the same time.

I teamed up with David Fornborg, an enviroment artist to help me dress the map and and create custom props and materials. You can go and watch a bit of the work in progress here.