De_local is a Defuse map for Counter Strike: Global Offensive aimed to work for competitive play. De_local is mostly mid and short range action making it a fast paced map. 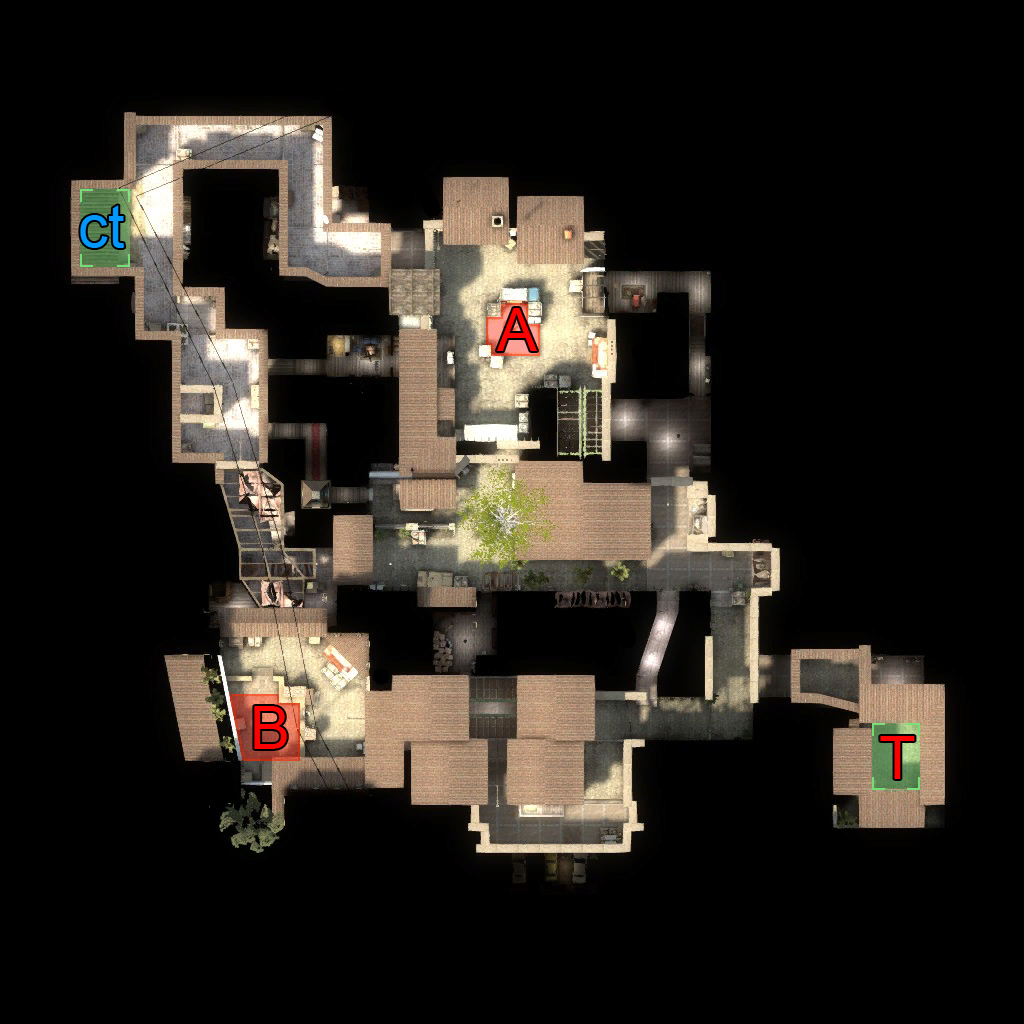 The A Site is the most open area of the map. Terrorista has three ways into this site. The main entrance (Middle red circle on the picture below) is wide enough for terrorists to be able to push all players trough  and the box gives them two levels to shoot from. Right before going it through the main entrance there is an optional way through an apartment (Left circle) which ends up at A on a balcony giving a good overview of the site but making the player an easier target. Letting at least one player take this way is a good way peek defenders on the the ct side balcony. Third way in (Right circle) is the way from middle and isn’t necessarily for terrorists but is a possible entry point if rotating from B. It may also be a defensive position for ct’s if they keep somone in middle. 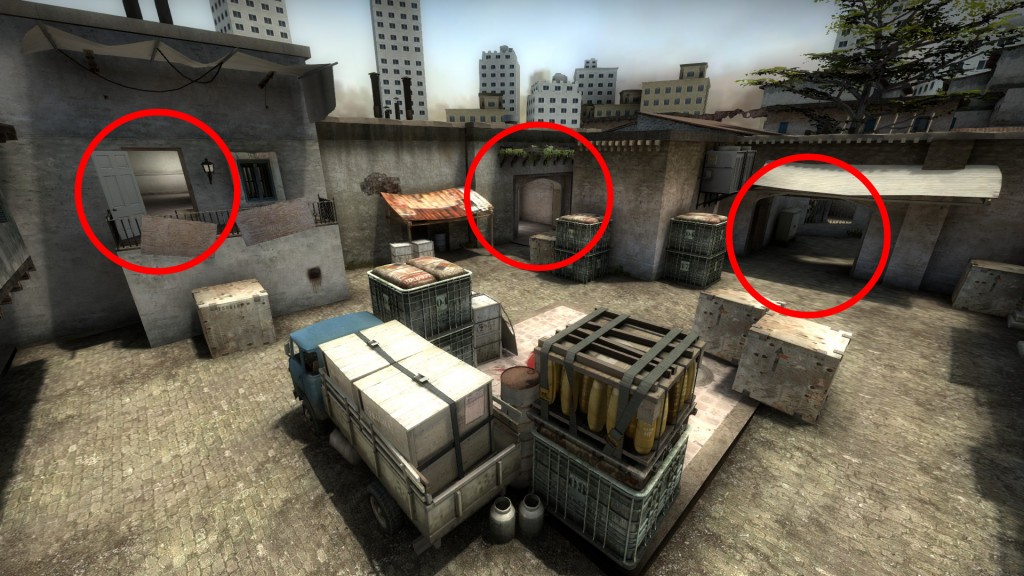 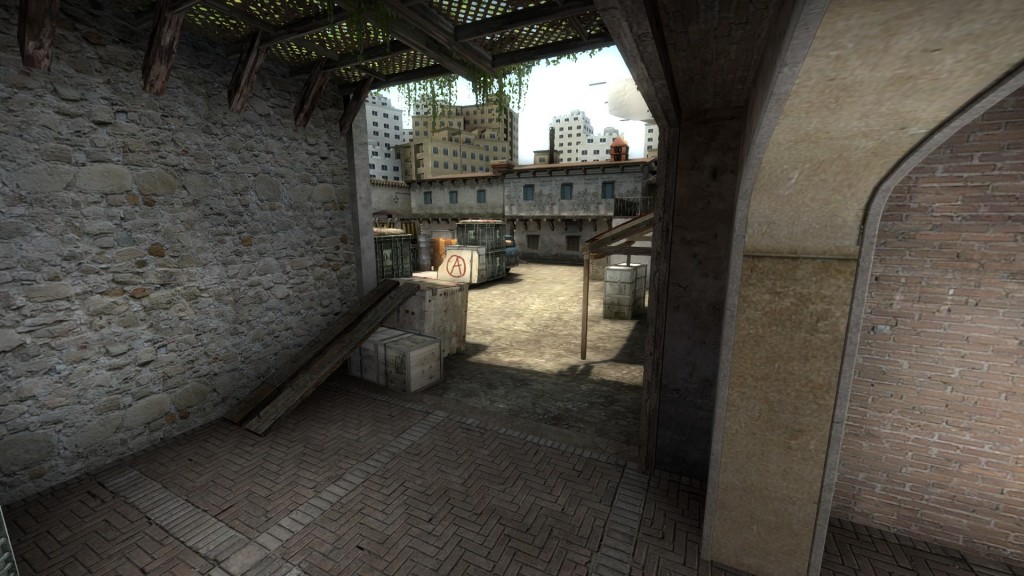 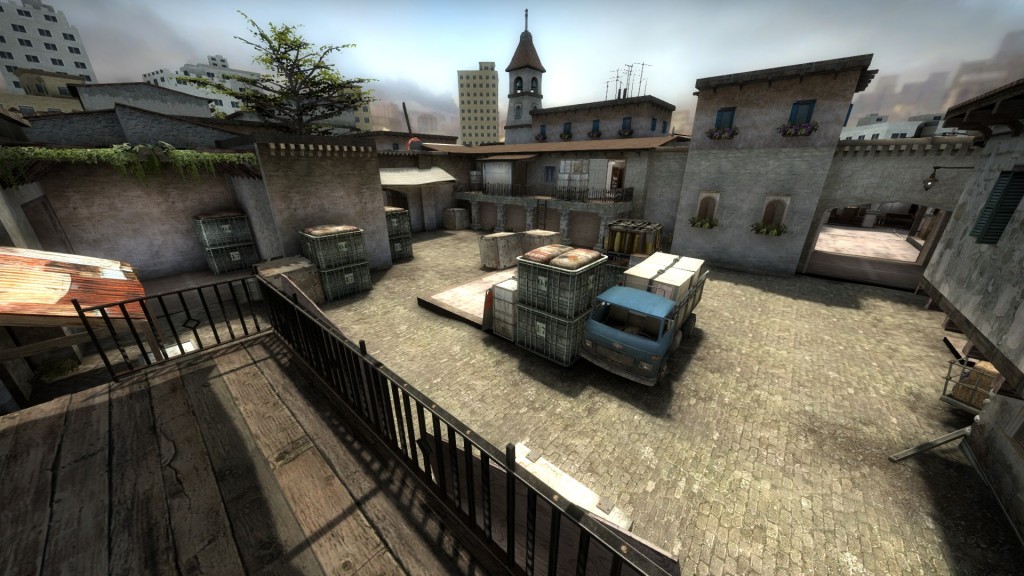 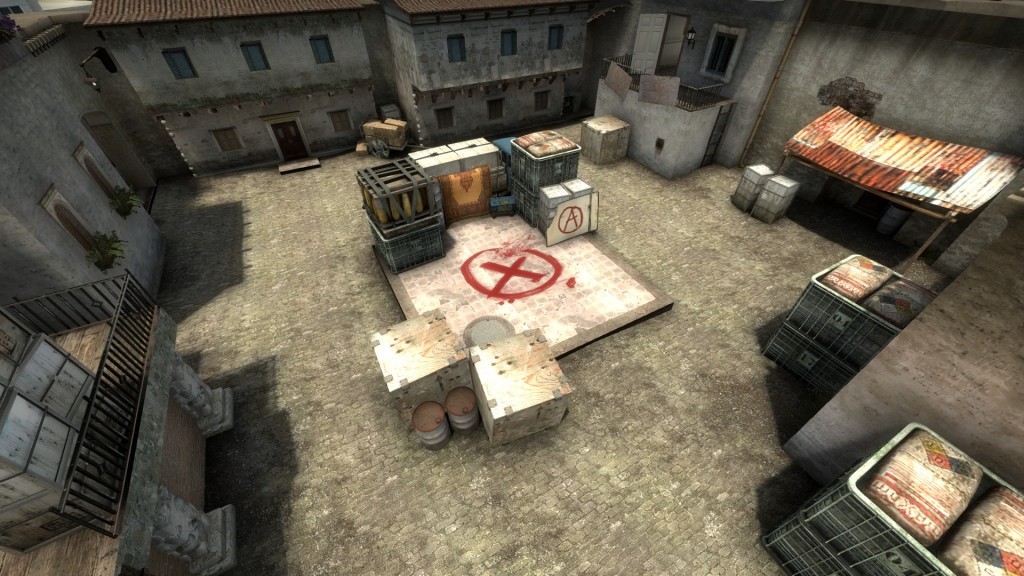 B is much smaller and than A and only has one direct entry for terrorists (Archway to the right on the picture below). Right before this archway there is a way leading into middle which makes it alot easier rotating from B to A than the other way around. 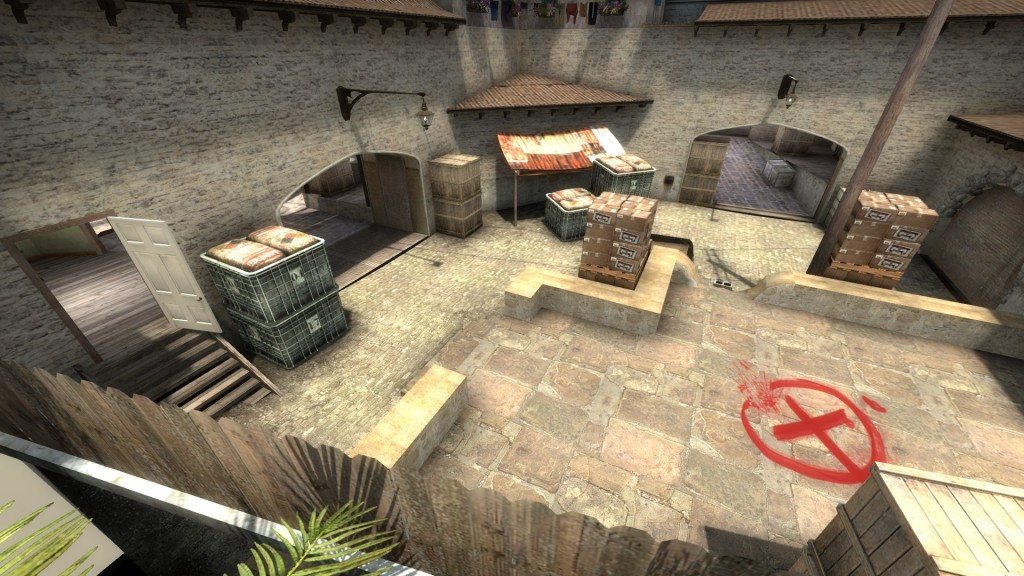 Middle acts as a link between A, B and the areas around ct spawn. In contrast to the official defusal maps this middle is crowded and small, not making it at place for the awp but rather one of the most short ranged area of the map. 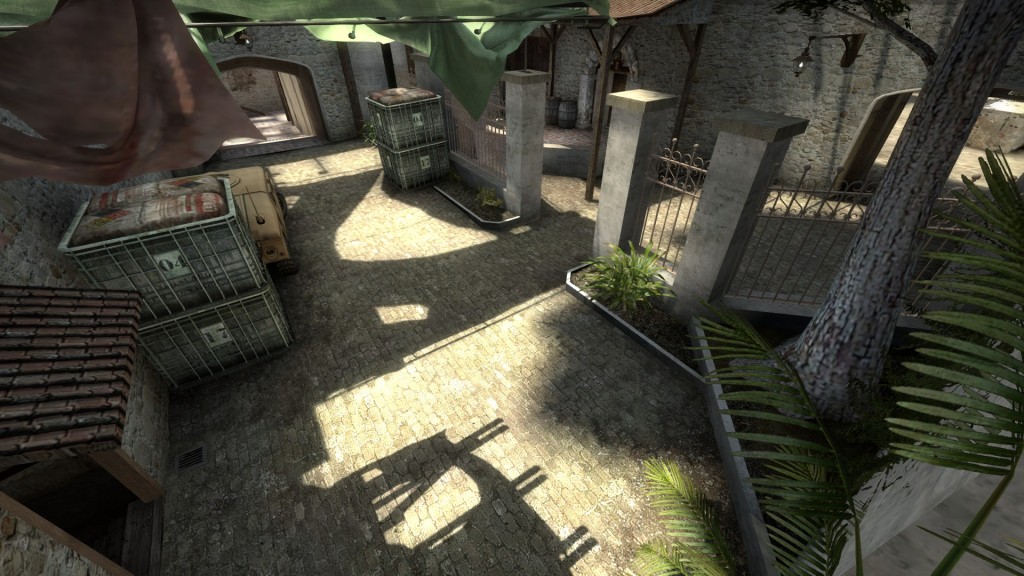