Abandoned offices is a scene I made in Unreal Developement Kit and is based on a real location, a swedish mall called Caroli. This project was a good way to improve my modeling and texturing skills and to get more familiar with UDK.

One thing I particularly liked about Caroli whas the big foliage covered walls. I thought they would be a cool challange to make. I wanted to make a post apocalyptic scene so my thought whas that the foliage had stated spreading wild in the building and everything was run down and dirty. I desided to make it as an office building instead of a mall because then I could keep a more complete look with similar furnishing in all the rooms. 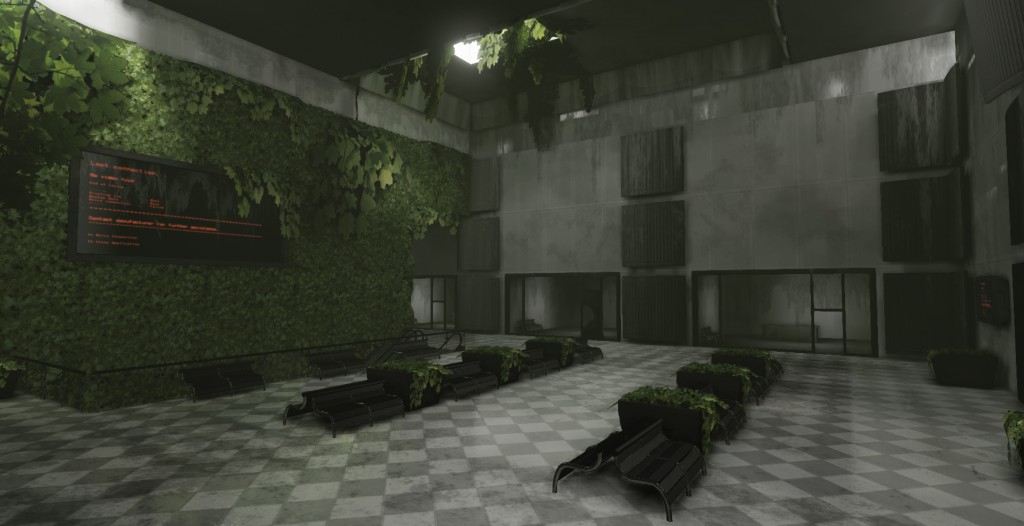 The scene consists of two areas, a dark basement and an open ground level area with one big room and two broad corridors leading into it. The areas are linked together by an escalator. The ground level has a modern look to it with alot of glass and clean surfaces. The big room is well lit an the majority of the light comes from the three big sceiling  wondows. The rest of the area is a lot darker and the litle light there is comes from lamps. I think this created a cool contrast.  The basement was a restricted area at Caroli so I didn’t base it on how it looks in reality because I couldn’t go there. I made a dark and gritty basement with a few bright lamps so I could get these very dramatic shadows which I thought looked cool. 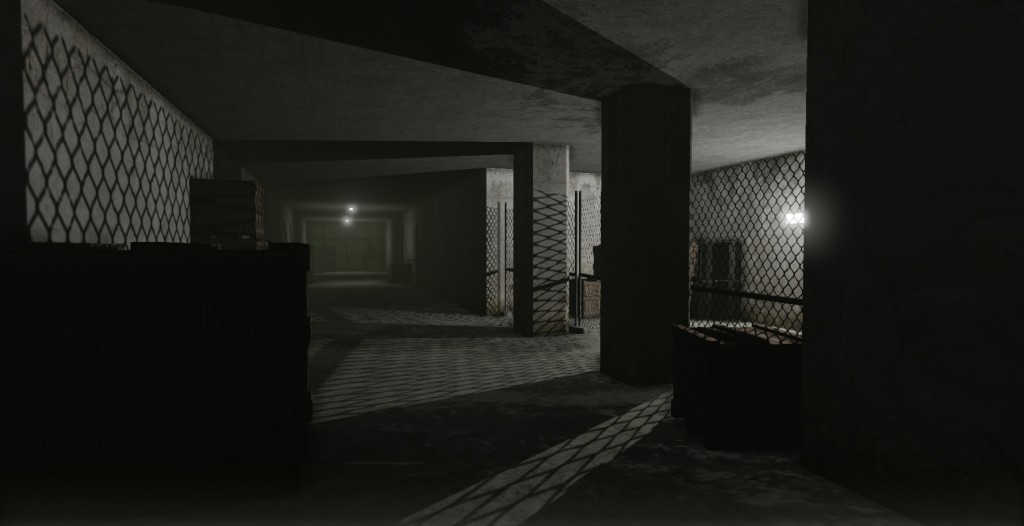 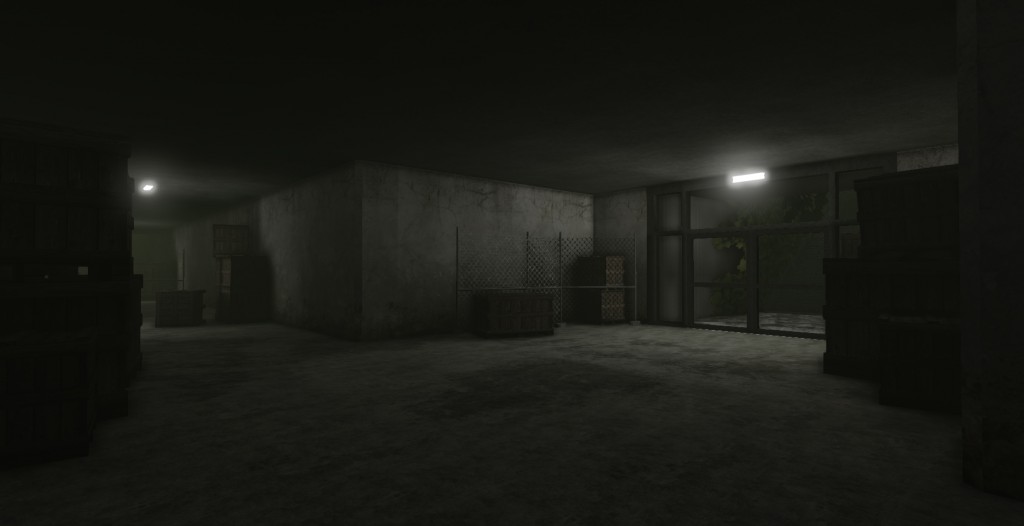 I made a mood board out of one of the concept pictures before I started building that matched my vision. I could the use this to compare with my scene during my process. After that I made a crude overview of the scene I wanted to create.

The first thing I made in engine was to create the basic geometry of the scene with BSP brushes. Most of these brushes ended up still being there when the scene was done because I didn’t feel that I needed to change them out with models seing that the scene consisted of alot of flat walls and floors. 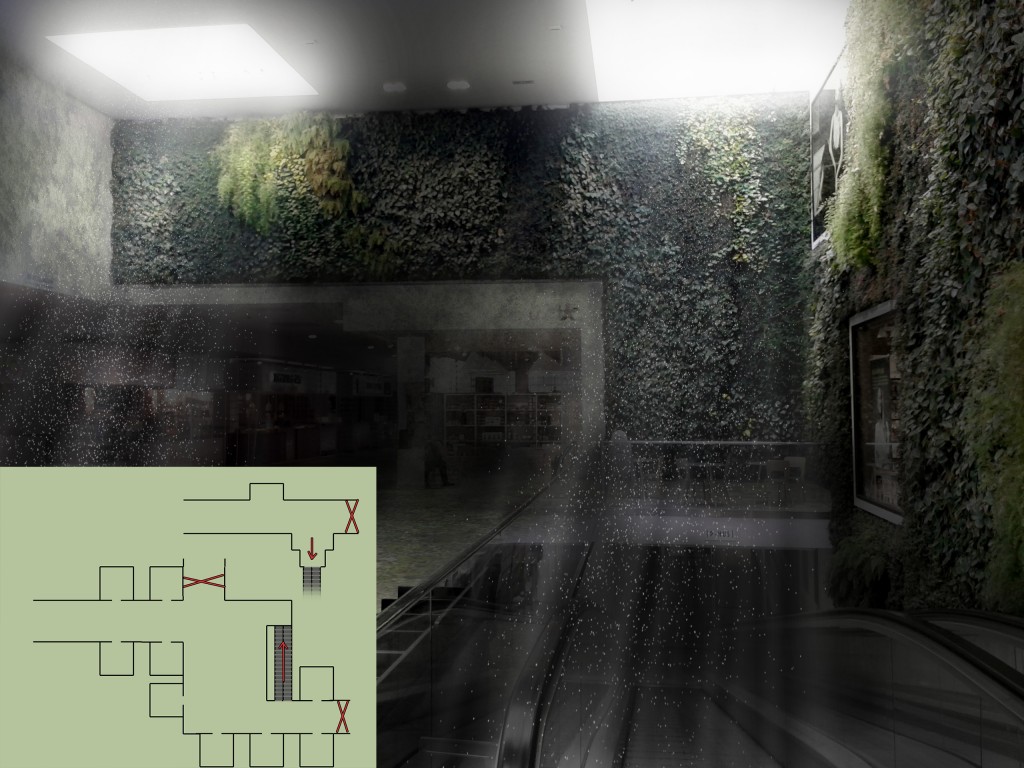 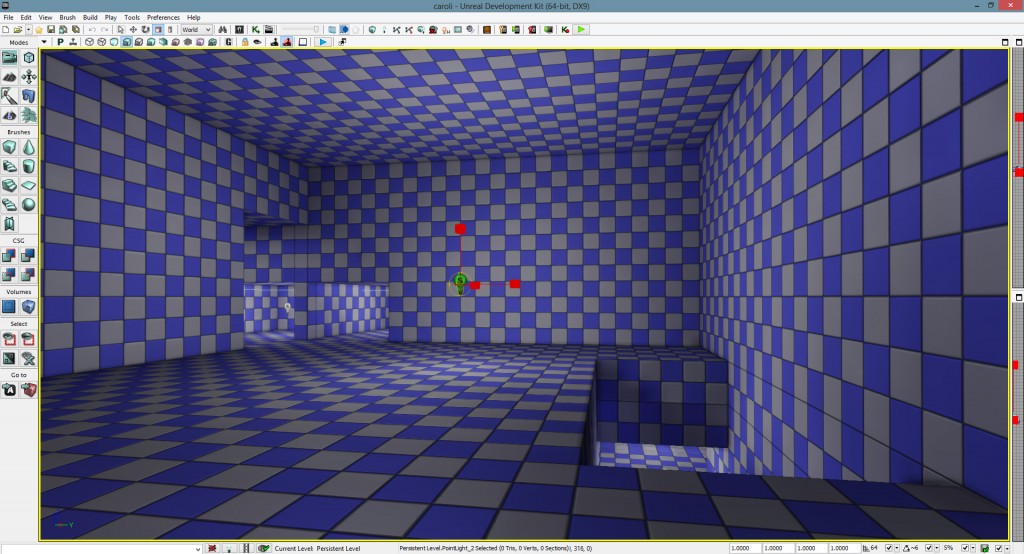 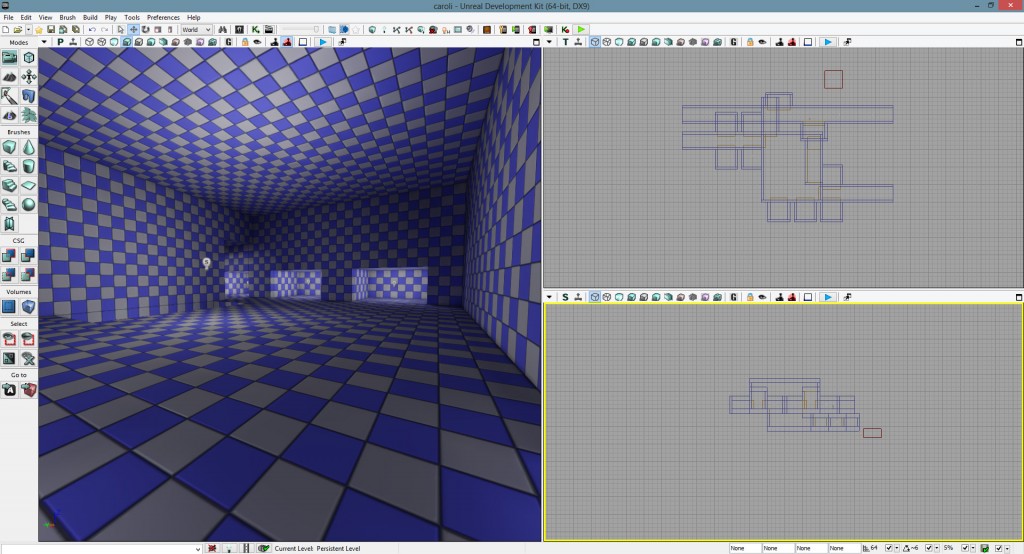 When the block up was done I created the main wall and floor textures and applied them on the main surfaces. For the floor I made a slightly reflective checker board clinkers texture and for the walls a bright and mate plaster texture. Here I also added most of the lights I was goint to need. 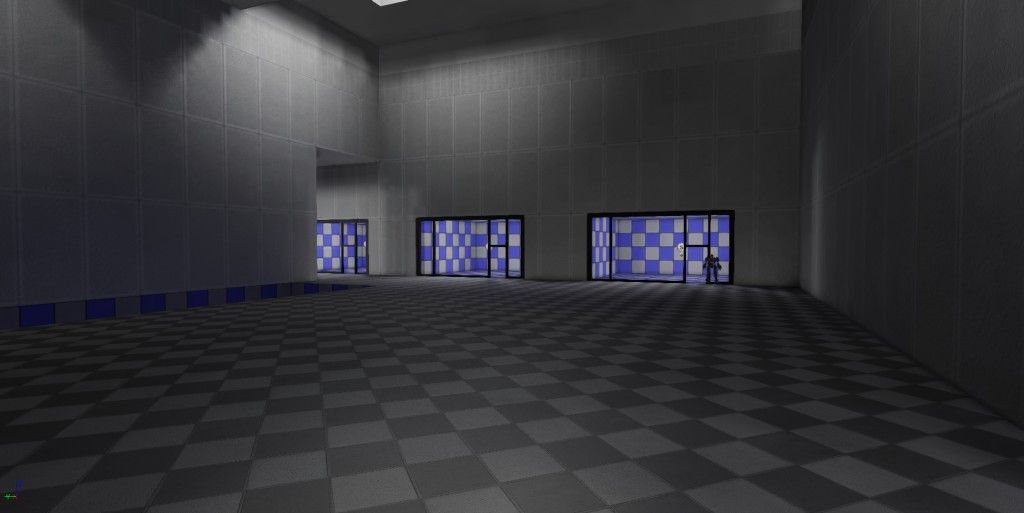 The props were created in maya throughout the project based on what I needed at the time. I tried making props that I could use multiple times.

I created two kinds of foliage props. One to tile along the foliage walls and one to create the plants growing in from the sceiling windows and also to conceal the edges of the first one.

I used two different decal materials to create all the dirt. 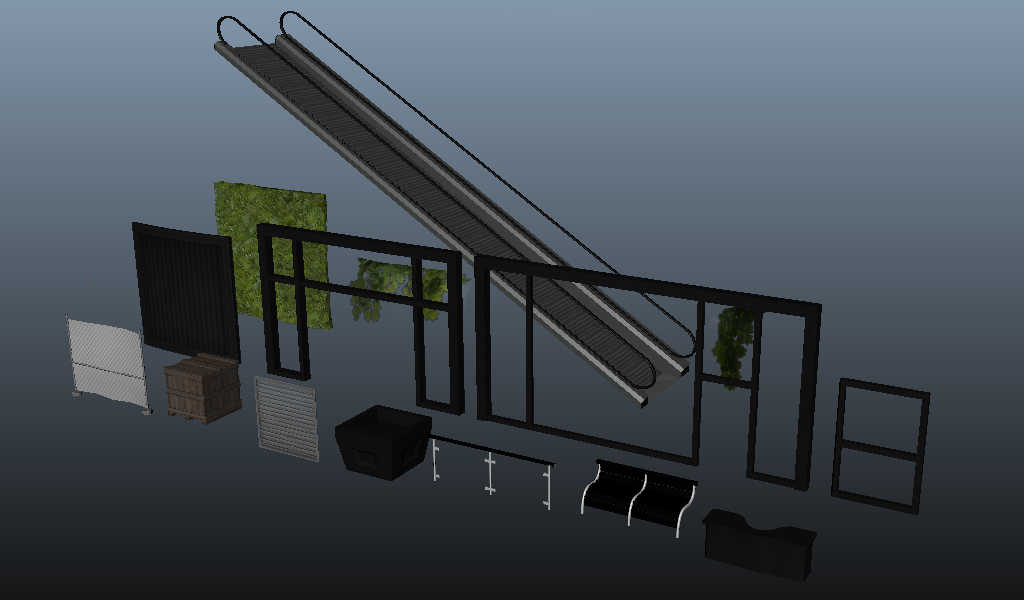 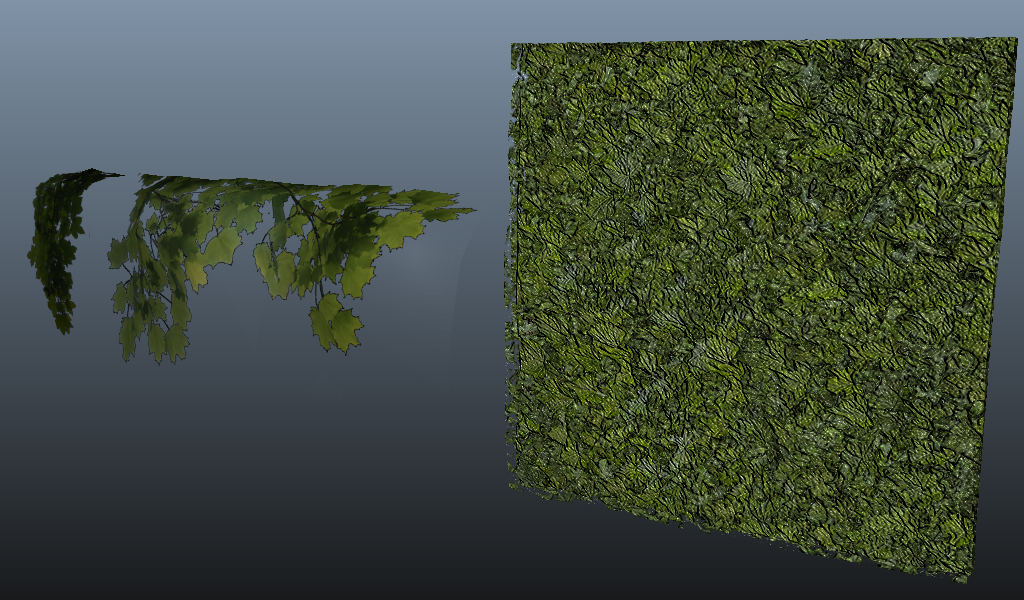 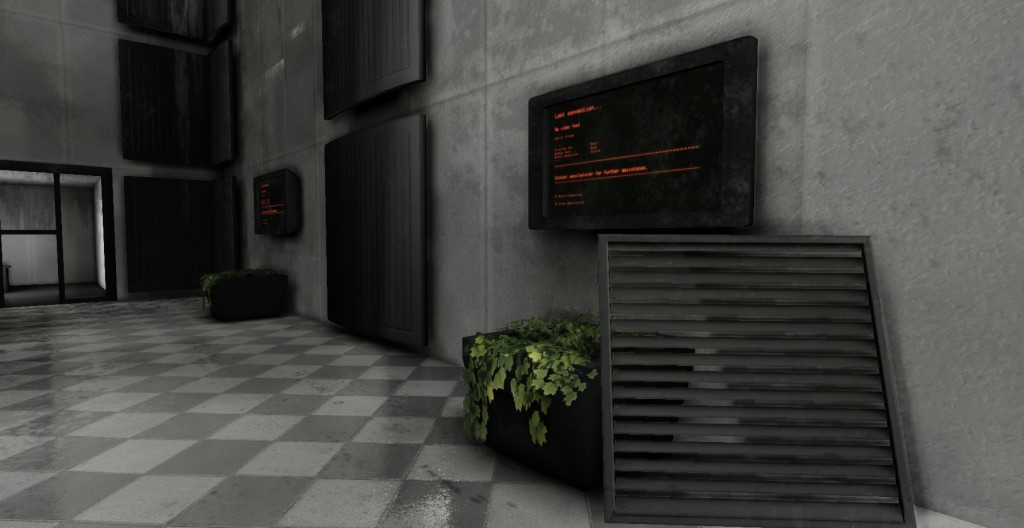 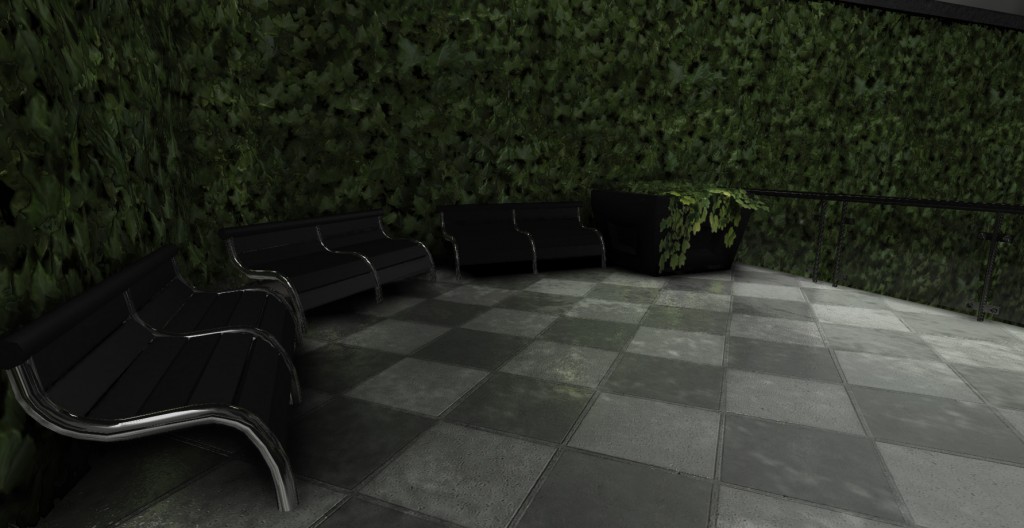 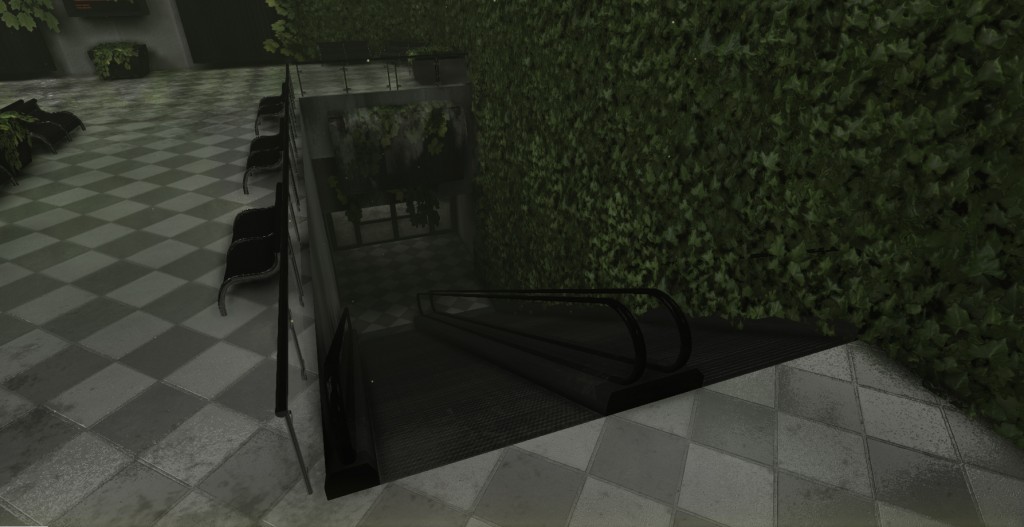 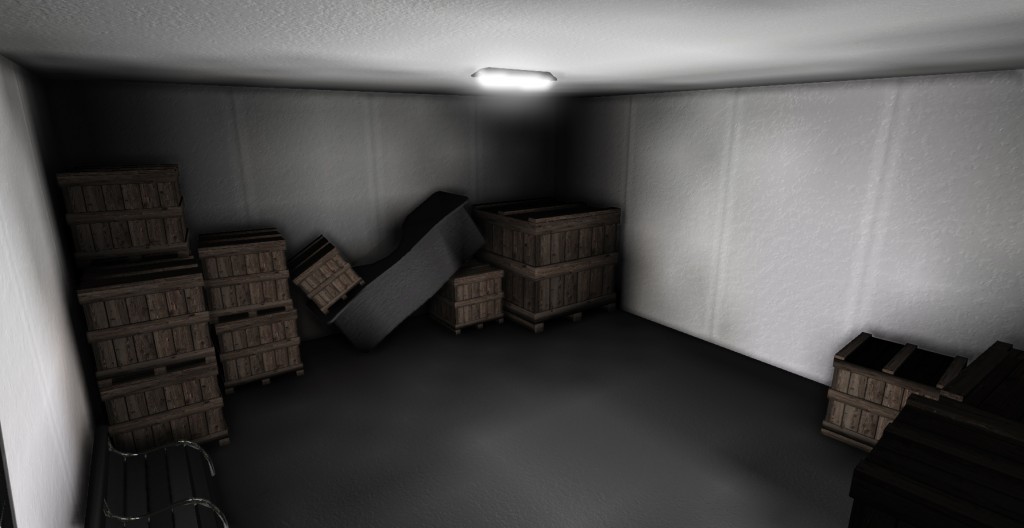 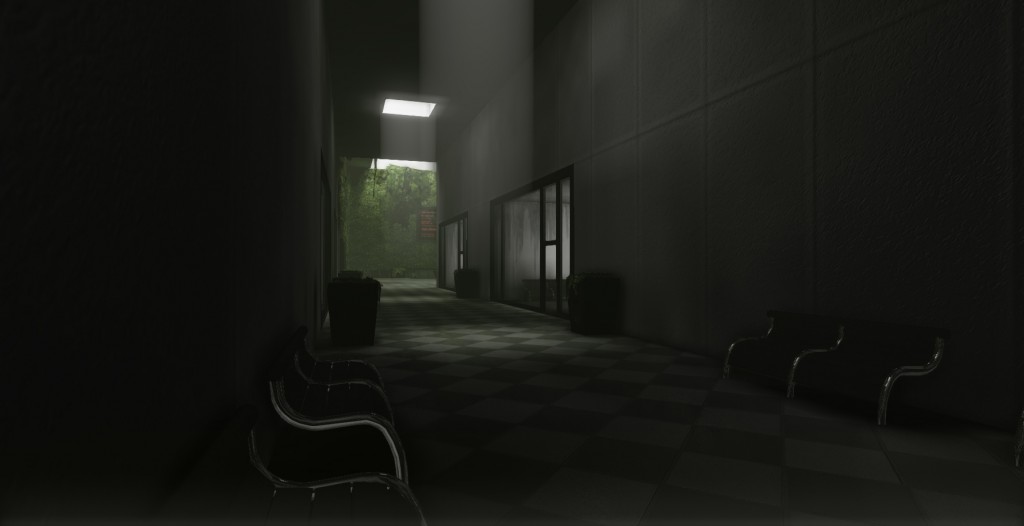